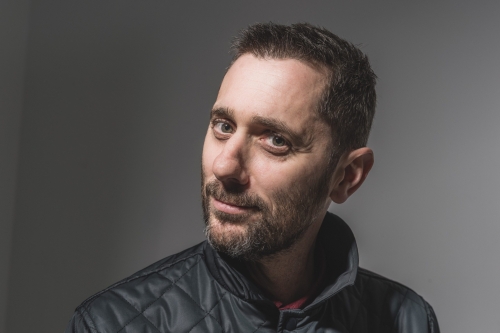 Sola Rosa aka Andrew Spraggon needs no introduction. With a long-standing career in the industry, amassing a 20-plus year history since he launched as an experimental recording project in 1999, Spraggon keeps the momentum going with funk-infused beats, electronic, R&B, jazz and soul fare. Inciting minds and enriching lives for over two decades now, the artist consistently brings about music that builds upon his funk-based soulful sounds. With the release of his fourth recording, it wouldn’t be until 2005’s aptly named Moving On that really put Spraggon on the map as a world-wide collaborator. Now with nine recordings under his belt, his latest full-length album, Chasing The Sun, is no different, as Spraggon continues to embrace the collaborative process, inserting a broad array of players, voices and sounds all across the board. The undeniable talent of these artists adds another dimension to his already multifaceted sound.

The album won’t be release until September 25th via his Way Up Recordings label through Kartel Music Group, but we here at Diversal got a first look into the highly anticipated record and it looks like the renowned musician, collaborator and innovator has not lost his touch.

Chasing The Sun gets going with “For The Mighty Dollar,” with Kevin Mark and Sharlene Hector, where big sounding horns shines on this energized number. Strings also add a dramatic flair. Mark and Hector’s vocals really captured my attention with their groovy and funk-based sounds. Overall, the feeling I got was very soulful and smooth. Up next is “Runnin’.” Funk-driven based beats collide with synths to create an electronic-flavored bliss filled with R&B vocals and groovy rhythms. The band dives into more disco-textured sounds on the revved “Something Good (feat. Thandi Phoenix).” Toward the title-track, the album moves into synth-based territory with bouncy beats that accompany the jazzy, bluesy lounge style vocals. The vibe is very smooth and chill.

Wonky bass lines add a funky groove on the rock-driven “Searching For Love.” The vibes on “Shine On,” another Thandi Phoenix collaboration, oscillates with groovy rhythms and propelling sounds coming from the keys that gives off a very cool listening experience. A smooth R&B feel is exhibited in the vocals as funk rhythms unfold on “No Idea.” On “So Many Times,” shimmering guitars and lively percussions add to the groove of this invigorating soul track while R&B vibes wash over the classic soul song, “My Love.” Sola Rosa takes the epic route in the big finishing closer with more touches of soul and funk on “Closing Statement.”

Spraggon teams up with many inspirational and talented artists and musicians to produce this extremely layered and textured piece of work. Covering a focused sound, Spraggon manages to seamlessly pack in a cohesive listening experience by curating songs based in the funk and soul genres. The results are a smooth sound, often enough supported by a line-up of deft musicians who provide a live element to the overall performance. Chasing The Sun is a superbly crafted journey through the worlds of funk and soul and everywhere in-between, to create a sound that is all-encompassing and ear-pleasing all at once. Be sure you have a listen today!

Sola Rosa's 'Chasing The Sun'
More in this category: « Deza's sound is both familiar and fresh on latest single "Boy Violet" Minimalism is key on Team Solo's debut single "It Only Makes Me Love You More" »
back to top