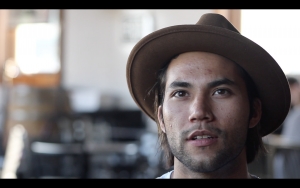 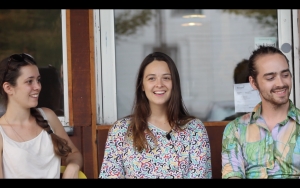 The F-train Shirt is here 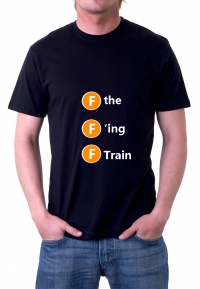 After years of delays, missed appointments, lateness warnings, weird smells, stolen items and so much more... Enough is Enough..

If you ever experienced the unexpectencies, trials and tribulations of NYC commute, this shirt is for you.  This shirt represents the frustation that many NYC residents deal with on a daily basis.  Going to work, going home, going to an interview, going to a party, going anywhere...the F train has always managed to step in and interrupt, disrupt and modify those plans.  The madness must stop.

Follow the link to get a shirt and be apart of change, be apart of something positive and stand up to this evilness.  F the F'ing F Train...

King of the Free

As we anticipate Freebxll Will's soon-to-drop album ‘King Of The Free’ in early November, we reflect on his first release, the beginning of an evolution just 1 year ago.

In 2017 Metro-Detroit native Freebxll Will dropped his first project, ‘Pink Room’—a wavvy AF 9-track project layered on slowed-down trap-like Youtube instrumentals.  With a few features of other artists, members from their creative collective The Lobby, Freebxll Will flexed his experimental R&B wave and established his sound.

When Freebxll Will first started experimenting with sounds in his pink-walled room, he wanted the title of his first project to be a literal representation of his mindstate and what was going on in his life at the time, a theme that would be the basis for naming the title of his upcoming projects. Pink Room is melodic, chill, with a bit more of a psychedelic edge high-energy over PND mixed in with a high influence of 'channel ORANGE' by Frank Ocean.

“…Although it’s not close, I wanted it to be my own version of channel ORANGE.”

After finding his own sound with ‘Pink Room’, 2018 has been nothing but a grind for Freebxll Will, making his second project ‘King Of The Free’ set to drop in a few weeks, plus other bangers with his collective The Lobby, such as ‘Love Lost’ and 'Link Up'. Listen below.

‘King Of The Free’ will be a 6-track project, exclusively produced by dope A$$ producer @KerwinClemens, with features from Freebxll Rome and graphics from Joseph Cook, all members of The Lobby.

While we got a tease of the vibe for ‘King Of The Free’ from his inviting energetically-mellow single released a few months ago, ‘Ride With Me’, Freebxll Will says this upbeat-chill track was an exception to the overall vibe of the project, which was a bit darker.  Freebxll Will found his strengths in Pink Room, and through this second project working with Kerwin, Freebxll Will feels like he has now established himself and his sound.

When it comes to music, art, etc., relationships, whether good or bad, usually plays a big role in the amount and type of energy and influence we devote to a creative project.  According to Freebxll Will, he was no stranger to that this year, stating a recent heartbreak made him come into his own and realize his full potential.  When asked about it and its connection with the making of 'King Of The Free', he said..

Don't confuse the title 'King Of The Free' with a 'I'm-single-now-bit$@h', cocky and arrogant post-heartbreak mentality, rather, "King" as in a certain comfort, "King" of being free in his own way, without any stereotypes, "King" of self, "King" of the free.  With the waves on this project his goal is to transcend that love of self and positivity to all.

We were fortunate enough to hear a sneak peak of another track from the project, and yes...we felt it.  The vibe is real, an instant chill you can't deny.  Even though there is a presence of autotune, the catchy and addicting melodies disguises the effects making the vibe feel right and positive.  Definitely looking forward to the rest of the album!

While Freebxll Will prepares for the second project release, he’s already begun working on his third project ‘Ascension’ expected to drop early 2019.

Producing and writing her own music, AliT, singer from Vermont, has an acoustic sound that strums a 90's-era nostalgia.
Bio: Alison Turner, better known as AliT, is a singer-songwriter (guitar/voice) from the small town of Royalton, Vermont. Once described as “a less-neurotic Alanis Morissette”, the songstress records and performs a heartfelt and unique style of alternative/indie pop. Having started writing songs at the age of seven, and picking up the guitar when she was 11, Ali has developed into an introspective songwriter and performer.
AliT performs mainly in New England and New York City. This April she played a six-state New England Brewery Tour. When not gigging solo or performing with the Upper Valley R&B cover band,Soulfix, Ali is always working on a new project. Her most recent work is an EP entitled 'No Interruptions', showcasing the artist's grunge side with songs like "Nights Like These" and "Fine Wine".
Ali’s debut album, “Break” has received much praise. Tracks have been featured on Vermont’s Independent Radio Station, ‘The Point’, as well as on Royalton Community Radio. In 2015, her self-produced and directed music video for "Girl Meets World" was selected as a finalist in Wagner College's annual film festival. Turner graduated from Wagner College on Staten Island with a B.S. in Arts Administration and a double minor in Psychology and Film & Media Studies.
“When I was younger, I was a pretty quiet person. I felt like I had a lot to say, but no platform to say it. Then, when I put that guitar under my arm and I began to sing my songs, I was heard. Music has been my passion ever since.”
Follow her:
https://open.spotify.com/artist/0Zij7cdt675IEeVM6C19nV
https://www.instagram.com/alicatkittycat/
https://www.youtube.com/user/cantdothis1
https://twitter.com/alisonturner23
https://www.reverbnation.com/alisonturner
https://www.facebook.com/alitentertainment/
Published in Music
Tagged under
Read more...
Wednesday, 18 July 2018 01:48

When thinking of famous singers from Milwaukee, Wisconsin, wikipedia will show results for Al Jarreau, Eric Benét, and some more, but give it some time...the soulful and smokey sound from Hannah Mrozak will soon take her there.

Hannah went from singing the National Anthems for the pro-hockey team, Milwaukee Admirals, and the pro-baseball team Milwaukee Brewers at an early age, to winning numerous awards including being chosen for national broadcast TV shows, American Idol and The Voice.

- won the State of Wisconsin's WAMI Rising Star of the year in 2015, which she was nominated twice for,

(From her Bio) In September 2017, Hannah performed the song "Starving" by Hailee Steinfeld for her blind audition for the TV show "The Voice", Season 13. She had 3 chair turns, Adam Levine, Jennifer Hudson and Blake Shelton. Hannah chose team Adam and advanced to the battle round which she won, and then advanced to the Knockout Round, singing "Love on the Brain" by Rhianna. She was stolen by team Jennifer and moved onto the Playoff Rounds and the top 20. She sang "Learn to Let Go" by Keisha and was eliminated from the show just before the live shows.

On American Idol in 2014, she was declared by the Season XIV judges to be one of the 38 most memorable auditions. She advanced to the top 48 and performed at the House of Blues in Los Angeles, CA.

Published in Music
Tagged under
Read more...
Page 1 of 33