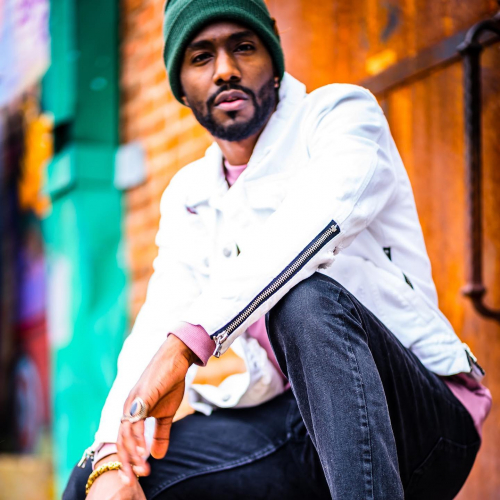 Donovan N. Gammon, who goes by the stage name Van Gammon, has been making a name for himself as an American rapper, singer and songwriter. Growing up in Fayetteville, NC, Van Gammon got his start by rapping in his local neighborhood and the school hallways, keeping his family, friends and fell classmates entertained. Soon after, Van Gammon began releasing his music in the form of a series of popular singles and mixtures, which got him a lot of attention, leading to appearances on stage with artists such as Chuuwee and Jareen Benton and collaborations with other popular recording artists.

Van Gammon later relocated to Dallas, TX, where he continues to pursue his music and evolution as an artist. After the release of his EP Love Thy in 2017, Van Gammon signed with Culture Unlimited, a Dallas independent record label and started working with Culture Unlimited producer Jared “ReezyTunez” Thorne and their collaboration resulted in 2018’s Destiny Can Wait.

Van Gammon has returned to the studio and is releasing his latest track and music video “Going.” “Going” shows us that the rapper and singer is back and now better than ever. The track, which will off of his upcoming release Life Got In The Way, features the artist trying to hold himself together as life deals him situation after situation where he has to assess where he is currently in his life. The video, which shows the artist pretty much in a complete stupor throughout, does a pretty good job in conveying how after all the partying and festivities of one’s youth, it’s now time to settle down and get going with the ‘adult life.’ While ‘dealing’ has pretty much become a requisite for the time being, and Van Gammon’s nonchalant rapping pretty much says this, the artist lets us know that though life might happen and things might get in the way, he tells us to hang on. Gammon gives it to you straight with his compelling rap style that pay odes to old school hip hop artists back in the day and his smooth and soulful music are just the right motivation to ‘keep going.’

Van Gammon's "Going"
More in this category: « Freebxll Will Is Back With New R&B Track “End Of Time” Tommy Tomorrow Turn Heads With His Colossal New Record 'Tommy Tape 222' »
back to top