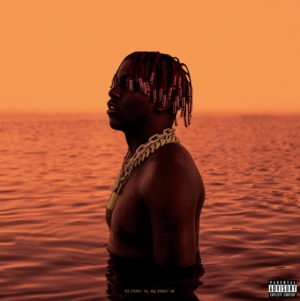 For a lot of fans, Yatchy hasn’t been up to par with the quality of his music lately, and a sequel to this mixtape serves as hope that Lil boat returns to form.

After taking time to digest the project, the ultimate consensus is that Yatchy has improved upon his debut album, and he also does sound very much hungry, BUT he  still falls short in quality compared to his peers. That being said, the return to form is the most noticeable difference from his album. There is a good balance of bangers and ballads and the energy is youthful. That’s the reason I believe Yatchy’s career is flourishing the way it is: Because of his BRAND moreso than his music. Lil Yatchy is more than music. He’s created a brand, that’s a lifestyle. He calls himself the leader of the teens and it’s an accurate moniker. His brand consist of him just wanting to stay positive, have fun, and embrace being himself. A lot of people “go in “ on him, call him lame, say he can’t rap, etc…. However, I don’t think you can hate on a kid too much just tryna’ spread positive vibes and energy. He not out here feeding these kids poison like many people like to assume. Yatchy doesnt do or talk about doing crazy drugs. He may be profane with his lyrics and descriptions of his lifestyle, especially his interactions with women, but he actually isn’t too bad of a role model for the teens.

The thing that I can bring it down to is that, like the God Father of Internet Rap, “LIL B”, Lil Yatchy is “Based”. “Based” is all about being yourself and not caring about what people think. People can hate on Yatchy’s music as much as they want, not going to stop the fact that hes selling out shows all across the world. I have to say that his live shows look pretty lit too!

All in all, there isnt too much deep to assess with "Lil Boat II". It's a yatchy tape where for what its worth, Yatchy does what he does best. Make fun and turnt up music for the youth. At 25 years old, though it may not always be my cup of tea, I do get it. I do get it.

Thanks for your time as always, peace and much love to all!