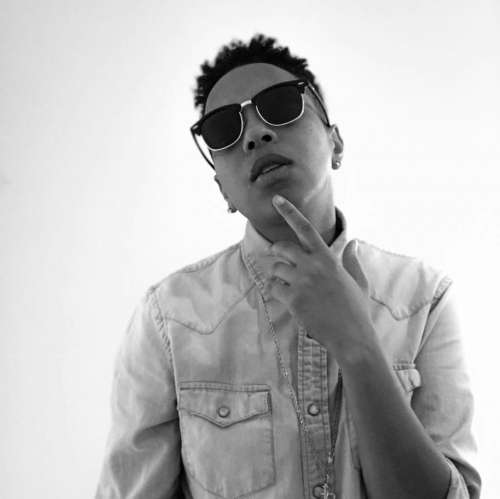 Combining that east-cost flow with a west-coast vibe, Ms Proper...

....a #go-getter, has been evolving her love for hip hop and perfecting her craft since well before 2005.  Her resume is not only impressive, but motivating, setting an example for anyone on the grind:

- in 2005, Ms Proper ("Shantale Person") created So Proper Entertainment which employed a roster of other talented artists in the Virginia area to whom she executive produced albums for.

- In 2007, Ms Proper was selected to perform in her first show at the Byrd Theatre in Richmond, Virginia.

- Since then Ms Proper has released three projects, numerous singles, performed in many venues along the East Coast and South, and also landed a performance on one of BET's most memorable shows, 106 & Park.

- Interned with her mentor Joy Young at J.Couture Productions, then became promoted to an assistant, and then soon after became the first employee of the company by signing on as Project Manager where she participated in many marketing campaigns for artists such as Trey Songz, Kevin Gates, and more.

- Ms Proper released her fourth project and debut studio album, Escaping Reality on XXL, and was also mentioned in the Source as an artist to watch.

- In 2016, Ms Proper toured and performed on the Freedom Tour 2016, Good FXN Vibes Tour sponsored by Winner's Circle Clothing and Official Feature, and was the winner of the "This Is My Year" fan-challenge, in which she was awarded to perform at the A3C Festival & Conference.

- When she isn't behind the mic, Ms Proper not only runs P.E.A.C.E - a community organization based in Los Angeles, CA focused on the importance of the arts in education and childhood development

- And speaks at numerous schools under her own anti-bullying initiative Hip Hop Against Bullying.

LaTanya Monroe This email address is being protected from spambots. You need JavaScript enabled to view it.

More in this category: « Freebxll Will L.S.C »
Login to post comments
back to top