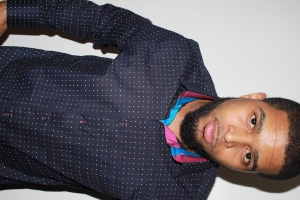 Retro was born and raised in Broward county. Growing up was somewhat of a difficult thing to remember, being that he faces multiples of challenges. Being the youngest of four brothers, brought him many skills that would help in creating self-confidence. Up until the age of 6, he can remember his brothers constantly training me how to physically defend myself. With a growing rage of determination building my character, Retro later learned how to transfer his energy into more positive avenues. Retro first starting singing in the church choir. He was only a kid when he got his first solo, just a vague memory that he always remembers as he fell in love with music. As an artist Retro pursues an angle of self-evolving intelligence. For entertainment purposes, Retro is an imaginary friend to all listeners. He will come off to the audience as an inception to the realistically of human relationships. Like every super hero, Retro will rescue the minds of his listeners. During his Sophomore year of high school, it was then he began to pursue music outside of my norm. Retro joined the school chorus, where he began to read and write choral music. In which we made to our states competition and got superiors for the first time in our school history. 2016 is when he made the journey to New York to really pursue music full-time, being sign to Republic house mgmt. He was able to start working on his Untitled project which is due out this year.

Spend The Night by Retro
More in this category: « Shiwan Small Eli Fola »
Login to post comments
back to top