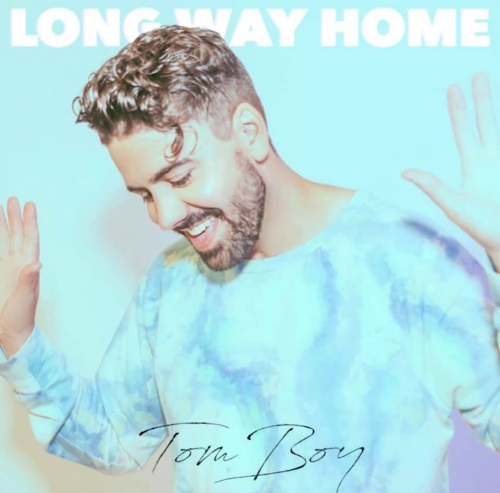 Tom Boy is Toronto-based duo Nate Daniels (singer) and Dante Bernard Jr. (instrumentals). With the arrival of their brand-new single "Long Way Home", the band beckons listeners to lend their ears in this emotionally stirring ballad. “Long Way Home” is a re-work of a song Daniels wrote titled “Sleeping Pills” during a period of depression caused by separation from his family.

After having taken some time away from the original song, and hearing it during a particularly awful day of isolation, Daniels knew it was more relevant now than ever. “Long Way Home” will strike a chord with a lot of people during these chaotic times. It shows us that we don’t need to be physically together to feel each other’s presence.

The single ties together the idea that we are all connected. Isolation doesn’t keep us away from each other. What’s more “Long Way Home” is a celebration of our ties and roots.

Simply rendered over cascading piano chords, the song slowly ebbs with scintillating beats. Guitars ground the track with its melodic riffs. Daniels’ vocals prove to the focal point to this song. Soulful and emotionally powered, his singing is heartfelt and warm. He wears his heart on his sleeve as he bares all on this searing ballad.

“Long Way Home” is a part of a whole new direction Tom Boy is undertaking. After a prior project of theirs (CAIRO) involving both Daniels and Dante Bernard Jr. fell through, the duo decided they wanted to keep creating. With the help of producer Crispin Day, they started writing songs about their experiences with drugs, mental illness, affairs and more. Daniels explains on Unheardgems.com, “We can’t continue to live the lie that our lives are perfect and shiny, fit for role model status. Our careers reflect the choices we have made and it’s about time our songs reflected that as well.”

This move to more honesty and rawness in their work has made their sound altogether more focused and authentic sounding. And paired with Daniels powerful vocals, the factors to keep listening has been made all the greater. With the success of their debut EP, Nothing To Lose, which debuted on iTunes Top 200 Alternative Charts at number 45 in 2019 and being featured on numerous Spotify playlists including New Music Friday, It’s A Bop, New Music Now, Contemporary Blend, Rock Your Block, Indie All Stars, Morning Commute and Out Now, Tom Boy proves to be an act on the rise. With clear cinematic appeal, their songs have also been featured on MTV, BBC, CBC, Youtube Red and Netflix. There seems to be no stopping this duo from reaching the stars. Now more honest than ever, Tom Boy’s deep and emotional lyricisms will impress listeners with its searing authenticity and rawness. Tom Boy’s music is worth repeatable listens. Be sure you have a listen today!

Tom Boy's "Long Way From Home"
More in this category: « Maggie Miles stands out with vulnerable vocals and anthemic instrumentals on latest single "Swim" Deza's sound is both familiar and fresh on latest single "Boy Violet" »
back to top