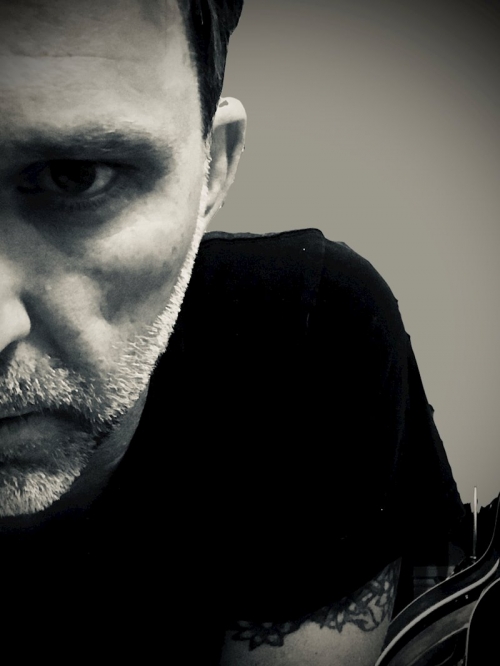 North Hollywood-based Indie/Alternative musician Andy Blunda opted to use his time wisely during the pandemic. He went back and unearthed partially finished demos, taking the time to complete the ones that resonated with him the most. The result is an introspective new five-track EP entitled Pulling For You.

Blunda is his solo project, which sees the artist grasping a more pensive and reflective approach to songwriting. Having toured and gigged with such bands like Fastball and Essex Station, Blunda has lent a hand in actualizing many projects, EPs and albums. But his solo materials tend to dive deeper with arrangements that project a more soulful and contemplative approach.

His latest release under the Blunda umbrella is wrapped up in swaths of reverb-drenched vocals, melody-driven keys and ambient synths that give up a dreamy and undeniably haunting sound.

Pulling For You opens up with “Low,” where energized keys build upon a sound that slowly ascends. The vibe is really exciting and dynamic. The sound of keys and synths are soaring and beatific. The coalescing of instrumentals from guitars, bass lines, drums and keys evoke an evocative and stirring sound. Blunda’s vocals comes in, leaning into reverb-drenched and echo-y undertones. The vibe is dreamy with a hazy and haunting appeal.

The title-track pulls forth an infectious sound with simply just the sounds of the acoustic guitar at first deftly strumming alongside the emotionally powered vocals. Synths then eases in with a touch of airiness and ambience. The sounds are dynamic and rich. The sound of keys addresses this track with an energized retro-styled twist. This is a more pop-oriented song with indie rock fastenings. The sounds are catchy and melodious.

On “Golden Heart,” deft strumming on the acoustic guitar starts off this track. Mainly an acoustic song, the track is centered on the guitar and vocals. This is a stripped-down number at first. Blunda’s vocals are soulful and emotionally powerful. Next, the sound of keys struts in with some searing notes. The sounds are overall energized and melodic. Slowly a drumming beat saunters in. The vibe is jaunty and alive. The sound really carries with some ethereal and atmospheric vibes.

Toward the closer, “Carry On,” noodling on the acoustic guitar offsets the start of this song. The strumming is adamant. Next, Blunda’s striking vocals arrive with dynamic and evocative effects. The sparse sound is starling. Blunda’s vocals are warm and vulnerable, which addresses the sensitivity of the track. I could even hear traces of the banjo on this song. The country-bent undertones are soaring and driven. This soft finish is an apt closer to a fully fleshed out and dynamic album.

As a one-man band, the project sees Blunda writing, recording, producing and mixing all the songs. He also performs all the instruments from the guitars, bass lines, drums and keys. Blunda is an independent artist who totes the DIY ethic. He oversees every aspect on the album himself and the results are gratifying.

With a sound that covers the indie rock, alternative and indie pop scenes, Blunda wears his influences on his sleeve while also catering to a sound that is solely on a platform of its own. The sound on this EP is startling. Blunda evokes deep and dark emotions to come through the recording. With reverberating vocals, melodic guitars, airy synths and energized keys, Blunda showcases a dynamic sound that will easily transcend listeners from their everyday attachments. Dreamy and evocative, let Pulling For You pull you away from your daily entrapments. Escape today with this EP. Have a listen!

Blunda · Pulling For You
Blunda's 'Pulling For You' EP
More in this category: « Grapefruit Sound Lab's remix of Gina Volpe's hit single "Shine (Red House Mix)" is filled with pulsating electro beats and cool vocals Speelburg provides for a punchy, infectious electro-pop concoction with newest single and visual "Crash & Burn" »
back to top