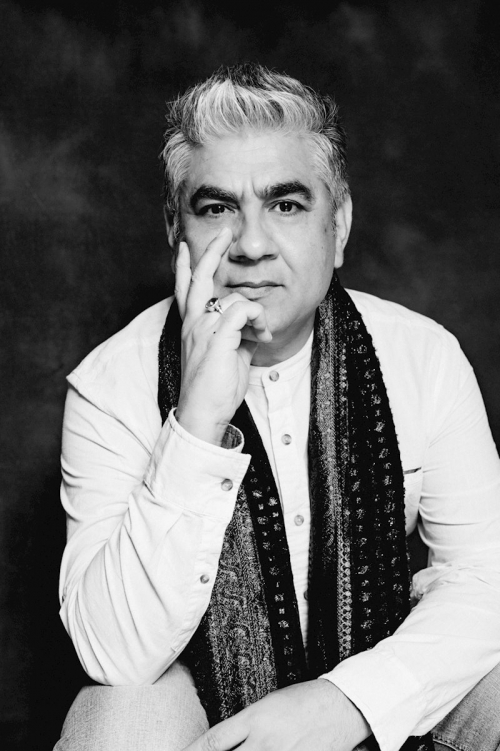 Mohamed Assani is an award-winning sitar player and composer based in Canada. He is releasing his latest album entitled Wayfinder.

Ushering a whole new contemporary sound with his musicianship on the instrument, Assani takes the sitar in a whole new direction. Assani proves he is a versatile musician with his deft maneuvering on the sitar. His playing stems from a passion for South Asian music and you can see him progressing the genre with his genre-bending collaborations and innovations. The sounds on the sitar grows and is attuned to an innate cadence that will connect listeners in a soul to soul manner. The music was created over the span of many nights, between midnight and 5 am, in the middle of the rainforest in the Kootenay Mountains of B.C., Canada. The sound of bears, cougars and other wildlife are captured in the music, giving off a sound that delves closely with nature.

Wayfinder opens up with “Awakening,” where the majestic sounds of the sitar undulate with proactiveness. Electronic beats also underline this track. The cadence of the sitar rises and falls reverberating out of the stillness. The sound is both engrossing and enticing at the same time. The cadence on the sitar brings to mind the natural scenes seen in nature. The music will help you calm down and relax. The electronic beats in the backdrop create an undercurrent of ominous and haunting riffs. The sound really comes to life.

Following is “Serendipity,” where lively percussions go on to give the song an amped feel. The cadence of synths adds an ambient and atmospheric range. The sound of the sitar come in with a full-on and energized cadence. The beat is jaunty and alive.

Bouncy beats add some racy rhythms on the provocative “Black Sugar.” The sitar saunters in with a relaxed feel. The vibe is very mellow and easy-going. The beats have a bluesy lounge appeal to them that also gives off a cool jazz vibe. The sound is overall smooth and soothing. The synths come in with a flaring sound that flits in and out of this track. The cadence is very atmospheric and inviting.

Toward the closer, “Transit,” synths and electronic beats gain traction in this fast-paced, riveting sequence of rhythmic beats. The sitar comes in with an exciting sound. The vibe on this song contains high-energy. The fervent cadence undulates with an amped sound. The energy is nearly palpable.

Contemporary Polynesians refer to Wayfinder as the ‘astronauts of our ancestors.’ These navigators found their way by watching celestial bodies, listening to winds, feeling the swell of waves slapping on the hull of the canoe. They tried to be like birds, because birds always have a relation with the edges of the horizon. On Assani’s latest release, he finds a way to travel the skies with his soaring altitude on the sitar. With deft musicianship, he proves he is a virtuoso on the instrument. He is a master in his craft as he handles the instrument with expertise and wizardry. With a refreshing, contemporary sound, Wayfinder incorporates a range of stylistic influences from Indian/Pakistani Classical, North African music, Middle Eastern music, jazz, funk, Western harmony, ambient & electronic music and more. Melding both acoustic and electronic into his music, the album features sitar, tabla mridangam, kanjira, mbrira, voice and electronic sounds. With a varied sound and unique instrumentation, Wayfinder proves to be a diverse album with a seamless approach to the music. Assani has found a way to make the sitar approachable and accessible to new audiences. He has opened a whole new world to adventurous listeners willing to venture outside their comfort zones. Get ready for a unique journey when you have a listen today!

Mohamed Assani's 'Wayfinder'
More in this category: « "Flying" - 4/20 Theme song
back to top