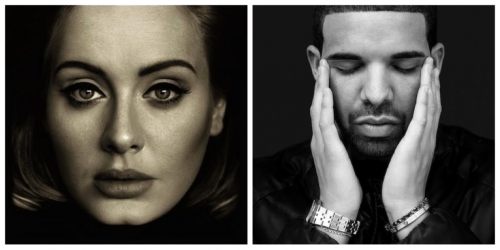 The minimalistic yet powerful sound Adele creates in her global hit “Hello” from her multi-grammy predicted album, 25, created such a void, that spawned thousands of music producers to recreate.  For example like the video below, produced by Location, a small time music producer from New York.

Although continuouly adding more, Location’s close-to-200 instrumentals aren’t necessarily for pleasure-of-listening purposes, rather, they are constructed in a way for the project-oriented; musicians, filmmakers, or game developers, finding the perfect soundtrack to compliment a scene, a song, game, etc. So not only does this track intrigue with its certain instrumental absense, it does so, while blending vocal clips from Adele in “Hello” and Drake in “Come Thru”, so that it seems as though they are singing towards each other in conversation.

Aside from the critique of its length, once the blending happens so does the vibrance of the project, which begins to occur half-way of the track 3:30-4:00 minutes in.  The first few minutes is basically a simple stripped down beat with the chopped sample clips, I guess acting as a buffer for the color the mix dives into.