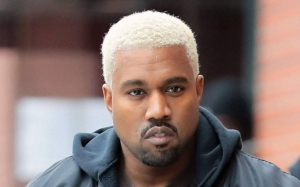 The past year and a half has been a quiet one for the normally, visible and outspoken Kanye West. After releasing his 2016 album, "The Life of Pablo", Ye embarked on a nationwide tour to acompany the album release. On one of the tour dates in November, Kanye apparently had a major meltdown, which lead him to spend his thanksgiving 2K16 in a mental hospital. Ever since then, Kanye has been lowkey and private, deactivating all his social media accounts. Well, last week, Ye Began tweeting kanye-esque philosophical type tweets that sent the world into a frenzy.

Along with those philosophical tweets, Kanye has been tweeting what some would deem controversial. For one, his support for right wing analyst Candace Owens was not taken well by many. On top of that, his co-sign for our current president Donald J. Trump, was taken even worse. It's safe to say that many have believed Kanye to be in "The Sunken Place" for quite some time, now.

Well, lets get to the meat of this post; the reason your even reading this. King Yeezus is blessing us with not ONE but TWO new albums this summer! And on top of that, he's also producing new albums for a slab of musicians!

Last week, he made the major announement that he would be releasing his 7 track solo album on June 1st, followed by a Collaboration album with Kid Cudi entitled "Kids See Ghost", the following week on June 8th. For anyone who knows me, they know that Kanye West and Kid Cudi are tied for my number one favorite musicians to walk the planet! So, obviousy, I'm beyond hype about this release.

But on top of his personal releases, Kanye also announced a list of musicians he's producing albums for via this tweet.

"I'm hand producing all the albums I tweeted about. Been chopping samples from the sunken place

The fact that Kanye is aware that people think he's in "The Sunken Place" lets me know that he's also aware that people think he's fallen off ever since he's become Kanye Kardshian.  Knowing the type of person and EGO that Kanye has, I'm sure he's out to prove to people that he hasnt fallen off of anything. Kanye recently tweeted that producing beats for Nas makes him feel 18 again. Teyanna Taylor has even went on record to say that the "Polo Ye" has returned.

All this being said, I must say that I am HYPED for June. Yeezy season is upon us and I cannot wait to see what the legend has cooked up for us. Stay tuned for more updates !

More in this category: « Cardi B Breaks The Internet With "Invasion of Privacy" [Album Review] The F-train Shirt is here »
Login to post comments
back to top